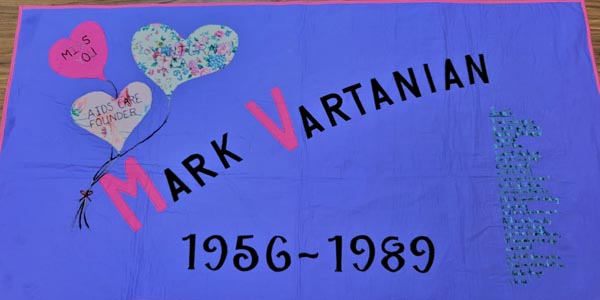 MARK VARTANIAN, co-founder and past President of AIDS Care, Inc. (ACI) of Ventura County and a resident of Port Hueneme who was 33 years old in 1989, died at his mother’s home in Modesto following a month-long hospitalization at Scenic Community Hospital.

In 1985, although he was busy as a full-time student at California Lutheran University and working part-time in the pharmacy at Ventura County Hospital, Mark foresaw the need for active AIDS education and volunteer services in the county.

He worked untiringly to assure those needs would be met. Working in con-junction with AIDS Project Los Angeles, Tricounties AIDS Task Force in Santa Barbara and Ventura County Public Health, Mark brought together a training program for the small group of men and women who became AIDS Care.

Energized by his goal of adequate AIDS services in the county, Mark served the community in a variety of capacities. As an educator, he traveled the county giving speeches, wrote letters to the editor in local papers, and organ-ized public information meetings.

He traveled to AIDS conferences to keep abreast of the latest information, provided referrals to PWAs, made hospital visits, coordinated volunteers and served as a buddy. For more than a year, Mark’s phone was the local AIDS information line, and his home in Port Hueneme was the ACI office.

AIDS Care, the telephone hotline, the buddy program for PWAs, the clinic at Ventura County Medical Center (which opened in June 1989, shortly after his death), and increased community awareness were all part of Mark’s vision for what was possible in Ventura County.

On behalf of those in the county whose lives have been touched by AIDS, we have Mark to thank for the support systems that are now available.

Friends, colleagues and those in the community who were personally aided by Mark’s advocacy for the needs of PWAs gathered with his family on June 24, 1989 for a memorial service at the Ted Mayr Funeral Chapel in Ventura.